FLIGHTS ARE NOT INCLUDED – We can however add these. Please contact us for details.

Supplements for single occupancy applicable from £35 per person,per night

Should the match fixture change, we will amend your booking for the new date. Your match ticket will remain valid. We will assist with altering hotels where possible.

Transport arrangements are the responsibility of the customer.

By placing an order, you agree to our terms & conditions

Prices are per person based on 2 sharing on a room only basis.

Check-in Saturday, check-out Monday for weekend fixtures unless advised in writing by the customer.

Our three night packages are based around a Friday check-in.

Supplements for single occupancy applicable from £35 per person per night.

Should your chosen no longer be available, we will offer you alternatives of equal or better quality.

There are three ticket categories for Bayern home games: 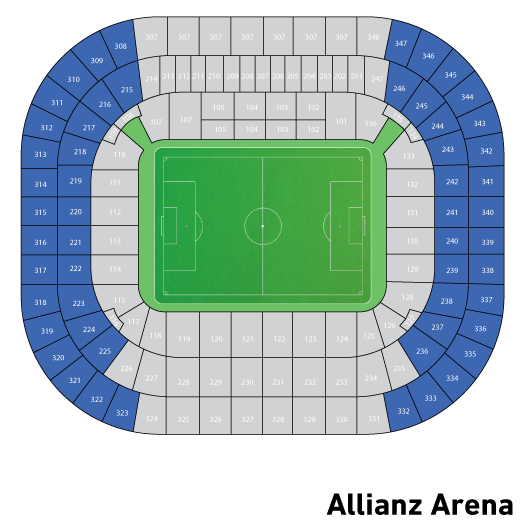 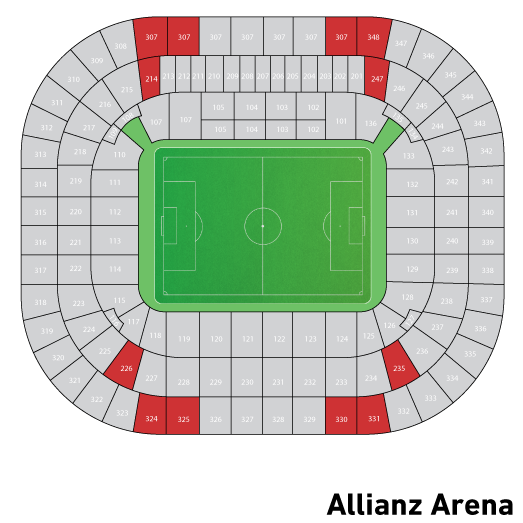 Please note that matches may take place at any time from Saturday afternoon to Sunday evening. Our two night packages therefore include the Saturday and Sunday night as standard. (Dates shown are all based on a Saturday kick-off) You should aim to arrive in Munich as early as possible on the Saturday of the game.

Alternatively, book for three nights from Friday and have more time at your leisure.

We use cookies on our website to give you the most relevant experience by remembering your preferences and repeat visits. By clicking “Accept All”, you consent to the use of ALL the cookies. However, you may visit "Cookie Settings" to provide a controlled consent.
Cookie SettingsAccept All
Manage consent

This website uses cookies to improve your experience while you navigate through the website. Out of these, the cookies that are categorized as necessary are stored on your browser as they are essential for the working of basic functionalities of the website. We also use third-party cookies that help us analyze and understand how you use this website. These cookies will be stored in your browser only with your consent. You also have the option to opt-out of these cookies. But opting out of some of these cookies may affect your browsing experience.
Necessary Always Enabled
Necessary cookies are absolutely essential for the website to function properly. These cookies ensure basic functionalities and security features of the website, anonymously.
Functional
Functional cookies help to perform certain functionalities like sharing the content of the website on social media platforms, collect feedbacks, and other third-party features.
Performance
Performance cookies are used to understand and analyze the key performance indexes of the website which helps in delivering a better user experience for the visitors.
Analytics
Analytical cookies are used to understand how visitors interact with the website. These cookies help provide information on metrics the number of visitors, bounce rate, traffic source, etc.
Advertisement
Advertisement cookies are used to provide visitors with relevant ads and marketing campaigns. These cookies track visitors across websites and collect information to provide customized ads.
Others
Other uncategorized cookies are those that are being analyzed and have not been classified into a category as yet.
SAVE & ACCEPT